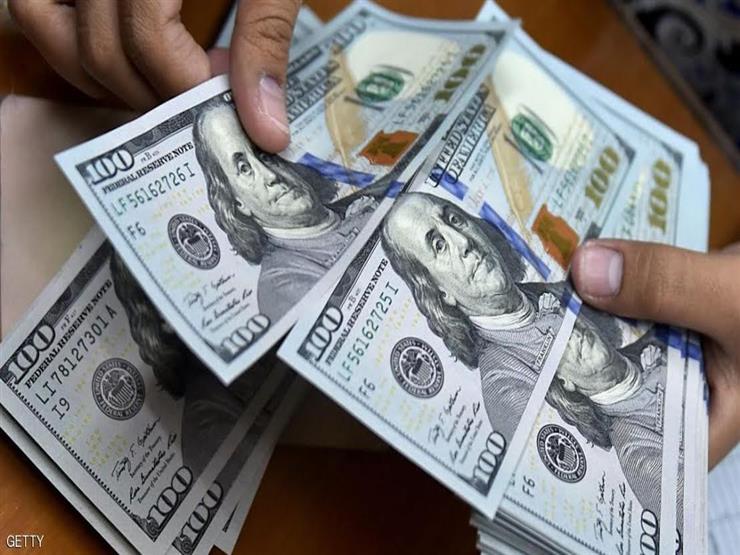 Dollar price in Lebanon today black market, follow the latest developments in the financial markets, the Lebanese pound against the dollar and fuel prices in Lebanon
Note: We quote update prices for applications

We refer to the dollar exchange rates on the black market, their prices may vary from the same rates…

We transfer to you from our website lebnaneh.com the dollar exchange rate today in Lebanon on the black market or the parallel market around the clock.
It is important for the site’s management to confirm that it does not participate, either closely or from afar, in determining the exchange rate. Rather, we transfer prices from reliable news applications and websites, and therefore we raise the full legal responsibility for our site because we are working to republish the news, not formulate it.

Note: We do not sell or buy, and we are not the ones who determine the dollar exchange rate today in Lebanon. We only publish it on our website according to what is being circulated in the local media in Lebanon.

It seems that the rise in the dollar exchange rate in Lebanon will not be curbed by any banking circular, official exchange platform, or any step taken by the country’s major monetary authority, the Central Bank.

Last Monday, press sources reported that more than one money changer and participant in speculative operations on the national currency stated that “the recent rise of the dollar is due to the great demand for the “green” currency by specific and well-known money changers, and what is remarkable is that they always ask for dollars at prices higher than the market price, on the Although the dollar is available on the black market, there is no shortage of supply.”

It finds that it is impossible to control the prices of commodities as a result of monetary fluctuations, and because Lebanese laws do not control the profits of merchants, which require the stability of the currency price.

With a cumulative outcome from the beginning of the crisis, Nima reveals that the prices of commodities, in the consumption index of about 144 basic household commodities, rose by more than 1,300%, and she mentions that the crisis is by monopoly and the abuse of merchants, a pattern of huge profits, allowing control of the market.

While the minimum wage is 675,000 (about $24), we point out that ordinary employees, who earn between 1.5 and 3 million pounds, are not sufficient for bills for private generators, car petrol and some foodstuffs.

Lebanon has entered the stage of a complete dollarization of commodity prices, and families need to provide food, medicine and education for their children about a thousand dollars per month, while the average wage does not exceed 100 dollars.

Lebanon’s financial crisis, described by the World Bank as one of the worst recessions in modern history, has been exacerbated by political deadlock and disagreement over the investigation into last year’s port explosion that killed more than 200 people.

The Lebanese pound has lost more than 90 percent of its value, and the crisis has pushed three quarters of the population into poverty; Because of the lack of basic commodities such as fuel and medicine, life has turned into a daily struggle.

The exchange rate of the dollar in the Central Bank of Lebanon remained at 1510 pounds per dollar, and it is allocated to some basic commodities only.

Food prices during the two years of the crisis rose by more than 600 percent, according to the United Nations.

As a result of the depletion of the central bank’s dollar reserves, the authorities began, months ago, to gradually lift subsidies on major commodities, most notably fuel and medicines, which led to a significant increase in their prices.

The Banque du Liban decided to raise the exchange rate of the dollar from 3900 to 8 thousand pounds.

The bank set the monthly withdrawal ceiling at a maximum of $3,000 per account.

The bank said that the decision was issued “until an integrated and comprehensive governmental plan is developed that complies with economic and reform principles and the requirements of the International Monetary Fund.”

The bank indicated that the expected government plan will allow the unification of exchange rates, protect social and economic stability, and reduce depositors’ losses.

The company was founded in 1889 as a small entity and then turned into a giant company by businessman Warren Buffett, born in 1930, and he is one of the most famous investors of the New York Stock Exchange, and he is the third richest man in the world for the year 2014, according to Forbes magazine, with a fortune of 65.6 billion US dollars, after he was the richest man in the world. 2008 with a fortune of $40 billion.

The company is now a group of companies in the field of investment, and it works in the field of insurance, along with other sectors such as rail transportation, finance, utilities, energy, manufacturing, services and retail trade through its subsidiaries.

Global insurance companies are ranked according to market capitalization

Many people face different risks daily such as the risk of having an accident, illness, falling victim to a natural disaster or fire, and above all the risk of death, and all these risks not only cause pain and suffering but also hurt financially, and insurance is one way to prepare for the worst because it provides a guarantee That the economic part of the pain will be overcome.

The best insurance companies in the world were ranked according to the market value criterion, although there are many criteria on the basis of which such a list can be prepared, such as revenues, profits, geographic region and assets, and these numbers are updated until February 2020.

According to Investopedia, UnitedHealth Insurance Group is ranked second on the list among the largest global insurance companies, and is one of the most diversified healthcare companies in the United States.

It provides many health services, serving 115 million people in the United States and 125 other countries globally, and the company’s market value reached $ 278.8 billion on February 5, 2020.

China’s Ping ranked third in the world with a value of $211.2 billion

In third place, the Chinese company Ping An of China, one of the top 50 companies listed on the Shanghai Stock Exchange, was established in 1988 as it was the first Chinese company to adopt a shareholding structure, and it is one of the most market capitalized insurance companies in the world and one of the largest asset management companies And investing in the world, the company’s market value is $211.2 billion.

In fourth place came AIA Insurance, which was founded in 1919 in Singapore and headquartered in Hong Kong. It is the largest life insurance group in Asia, and is present in 18 different markets including China, Australia, New Zealand, India and Cambodia, specializing in life insurance and financial services.

Ranked fifth, China Life is one of the largest state-owned insurance and financial services companies in China, as well as a major player in the Chinese capital market as an institutional investor.

In seventh place, AIG or American International Group, which has branches in 80 different countries, is headquartered in New York City and primarily operates in three sectors including property and liability insurance, life and retirement insurance, in addition to a technology subsidiary called Blackboard Insurance.

The company received a $180 billion bailout from the US government in the wake of the 2007-2008 financial crisis, according to the Financial Crisis Inquiry Committee.

Credit default swaps were sold without collateral, causing the company to go bankrupt at the time. $1 billion, and a market capitalization of $63.8 billion.

The French company AXA ranked eighth and has more than 102 million customers in 56 countries and a staff base of more than 125,000 workers, and its main activities are property and casualty insurance, life insurance, savings and asset management.

AXA was founded in 1816 when several insurance companies merged to create AXA.

The company is headquartered in Paris but has a presence throughout Africa, North America, Central America, South America, Asia Pacific, Europe and the Middle East.

AXA acquired 51% of the insurance operations of Colpatria Seguros in Colombia in 2013 and during the same year became the largest international insurance company operating in China as a result of its 50% acquisition of Tian Ping – a Chinese property and casualty insurance company. $65.6 billion.

In the ninth place was MetLife, which serves more than 90 million customers in more than 60 countries, with a market capitalization of $47.4 billion and assets of $687.5 billion.

It is one of the largest insurance companies in the world and provides services in employee benefits and rewards.

Its subsidiaries and affiliates include MetLife Investors, MetLife Bank – which was sold to GE Capital in 2013 – MetLife Securities, Metropolitan Property, and Casualty Insurance Company.

ING Group ranked tenth and the Dutch multinational group ING was founded in 1991.

In 2018, ING announced a partnership with AXA Insurance and they have an exclusive multi-country digital partnership, to provide insurance products to customers online through a central platform, ING’s market capitalization is approximately $44.4 billion.

In the eleventh and last place, Prudential Financial Company is located.

The history of the company goes back to 1875, when it was founded to sell funeral insurance to working-class people in New York and New Jersey. Today, the company has a budget with assets of more than 815 billion dollars and a market value of 39 billion dollars.

The following chart shows the largest global insurance companies in terms of market capitalization in 2020 and the amount in billion dollars.

We use cookies on our website to give you the most relevant experience by remembering your preferences and repeat visits. By clicking “Accept”, you consent to the use of ALL the cookies.
Cookie settingsACCEPT
Manage consent

This website uses cookies to improve your experience while you navigate through the website. Out of these, the cookies that are categorized as necessary are stored on your browser as they are essential for the working of basic functionalities of the website. We also use third-party cookies that help us analyze and understand how you use this website. These cookies will be stored in your browser only with your consent. You also have the option to opt-out of these cookies. But opting out of some of these cookies may affect your browsing experience.
Necessary Always Enabled
Necessary cookies are absolutely essential for the website to function properly. This category only includes cookies that ensures basic functionalities and security features of the website. These cookies do not store any personal information.
Non-necessary
Any cookies that may not be particularly necessary for the website to function and is used specifically to collect user personal data via analytics, ads, other embedded contents are termed as non-necessary cookies. It is mandatory to procure user consent prior to running these cookies on your website.
SAVE & ACCEPT